Do you watch Bachelor Pad? Embarrassingly so, I do. It’s my guiltiest of pleasures, more guilty than Jersey Shore. At least in Jersey Shore, they’re paid to be there and they’re not subjecting themselves to complete humilation by way of group competitions. I mean, don’t get me wrong, Jersey Shore is an embarrassment, but Bachelor Pad goes above and beyond.

CliffsNotes version: Michael and Holly, both castoffs from previous Bachelorette/Bachelor seasons, met, hit it off and started a relationship. Michael proposed to Holly last year. For whatever reason, she said no. I think they broke up, then got back together, and then Michael ended things with Holly about three months before Bachelor Pad.

Everyone knows if a contestant is doing a confessional about how they hope their ex won’t be in the house, that they will be. So of course Michael and Holly are reunited after a broken engagement and are forced to live together.

Holly is heartbroken because of Michael; Michael can’t get past that Holly rejected his proposal, but he still loves her so he’s pretty much going to make her life miserable in the house, unintentionally of course.

Here’s the deal: everyone is rooting for Michael and Holly to reignite the flame. However, after winning a few of the competitions, Michael takes Holly out on dates and she confesses (to the cameras, not to him) thats he feels like perhaps they’re meant to be just friends and aren’t supposed to be together; meanwhile, you have Michael crying and confessing his undying love for Holly.

This is peculiar for me. So…. now that Holly is in a house with other men who find her attractive, Michael wants her back? Huh. Who would have thought. 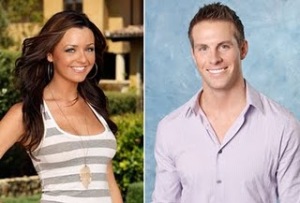 Anyway, last night, Blake, the hot dentist, wins the kissing competition and invites Holly on a date. This causes a fury in Melissa, the house psychopath, because she likes Blake/thought they had an alliance. So Holly and Blake go on this date and Holly is a little hesitant (because of Michael and Melissa), but once they fly to the mountains to ski, she lets her guard down and has a great time. I mean, I know it’s reality TV, but I saw some chemistry between Holly and Blake.

Meanwhile Michael is at home thinking the worse because Holly has been gone, overnight, with another man for at least 36 hours and she still isn’t home. Holly is in a cabin with Blake making out.

Of course the editing makes Holly seems like the bad guy here. But really, what the hell? Girlfriend denied your proposal and then you dumped her. Sounds like this relationship is more than over, Michael. It’s been lit on fire and burned to ashes. Move on. Let Holly be with Blake. Relationships aren’t supposed to be that hard.

Everyone is still cheering on Holly and Michael, hoping for reconciliation. Last night, Michael kissed Holly, and all she’s been doing in the confessionals is crying because she likes Blake but doesn’t want to hurt Michael. Ohhhh Holly. I have been in your position before and let me just say that you can love someone but not want to be with them. It’s a sad thing to come to terms with. But you shouldn’t stick with someone just because you’re trying to mend their heart.

I’d like to extend that piece of advice to everyone reading. Staying in a relationship to avoid conflict, drama and heartbreak is not worth your time. In fact, it’s a waste of time. Move on to bigger and better (and healthier) relationships and accept that your old relationship has served its purpose.

I’m just hoping for entertainment’s sake that Holly kicks Michael to the curb at some point because we all know she’s better with Blake, but given Holly & Michael are partners in the game, it should create quite the controversy.